How To Handle Unhappy Clients as a Contractor

Knowing how to handle unhappy clients is crucial to the contractor business. It gets easier with experience, but don’t forget about these key points when you start the call.

Dealing with an unhappy client is a challenging experience, to say the least. But it can also be humbling, as you learn how to treat someone fairly and how to avoid the same mistakes in the future.

Of course, the situation can be much harder to diffuse depending on how unhappy the client is, but it’s safe to assume that if they’re really upset about something, then you most likely have to take responsibility for some of it. Clients won’t just rage for no reason – if they’re upset, most of the time they have a reason to be.

But how do you traverse this tight rope without making the situation worse?

Practice empathy from the start 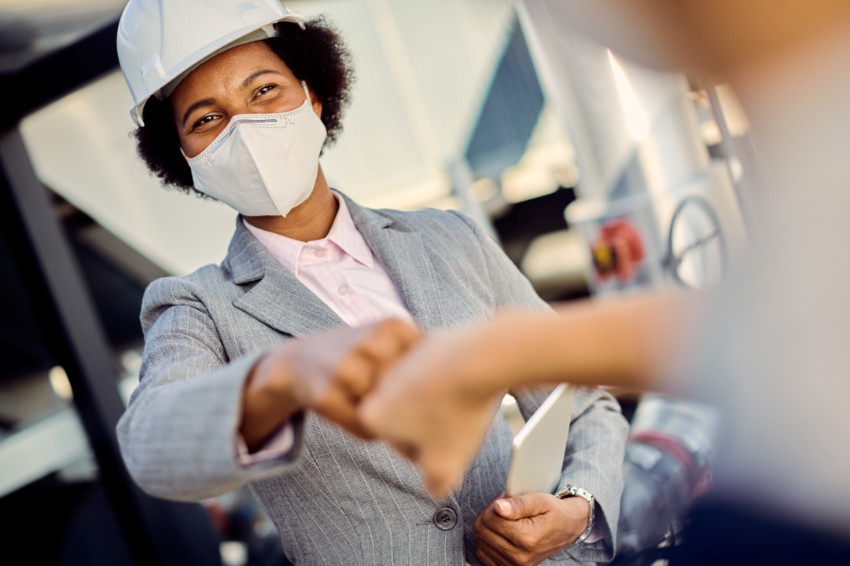 The absolute first step before you even pick up the phone or start the meeting is to put yourself in the client’s shoes. You would likely be upset too if something you paid for was not delivered as agreed. Or if someone in the staff treated you poorly. Or if the service was poorly made.

Leave your ego at the door and start by recognizing your responsibility. From there, you can start making amends.

Here’s a story that happened to my parents a few years ago:

They hired a plumber to fix a leaking pipe in the bathroom that was creating moisture on both sides of the wall. The job cost something close to $600 and the plumber promised that the issue would be fixed.

However, once the walls were broken down and put back together to fix the supposed leak, a month or so later the other side of the bathroom wall was still clearly humid. The plumber was called back and upon investigating, said that the real problem was the lack of ventilation and the tiles in the bathroom that were preventing the moisture from escaping, leading it to get stuck inside the walls.

Now, I’m not a plumber so I can’t testify to the authenticity of what this pro was claiming. It definitely sounds like a legitimate reason… but the problem was that a $600 service did not fix the issue and he asked for more to come up with another solution.

The plumber didn’t make further attempts to amend the situation and my parents eventually decided to hire someone else – essentially losing that $600 in the process.

It’s important to note here that I don’t think this plumber was a bad person. He just failed to access the real cause of the issue, which led the client to spend money on an ineffective solution.

What he could have done was apologize for misjudging the issue and then offered to address it. Of course, if this project would take a lot more time than expected, he could have at least offered a discount given that money had already been spent on a poor solution misjudged by him. His good judgment was already in question, so there should have been some effort to salvage his reputation. 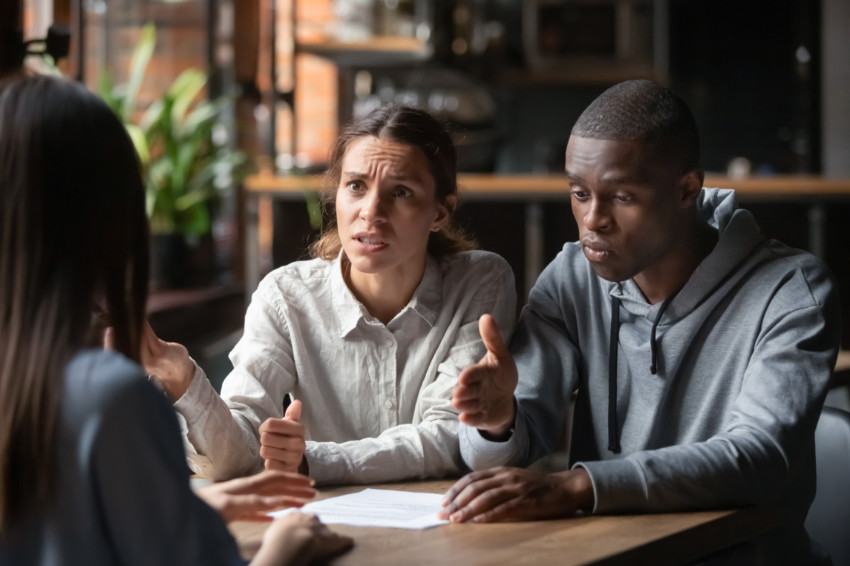 There are certain things that clients hate to hear.

Some of these phrases and attitudes are hard to avoid because they come naturally during the conversation, which is why it’s important to be aware of them.

For example, you should avoid saying things like “No offense, but…”, or “It’s the first time we’ve had this problem”, or “There’s nothing I can do.” These are huge red flags that basically tell the client you have no interest in making amends.

If you’re interested to know more, read this post on things you should never say to customers.

Call the client yourself

It’s quite common (and honestly useful) to have a secretary, assistant, or customer support handle unhappy clients in your place. But in many cases, you can help in diffusing the situation by calling a client yourself.

So many business owners or CEOs are deemed unreachable by clients, so you can positively surprise them by reaching out yourself, thus showing that you truly care about their plight. 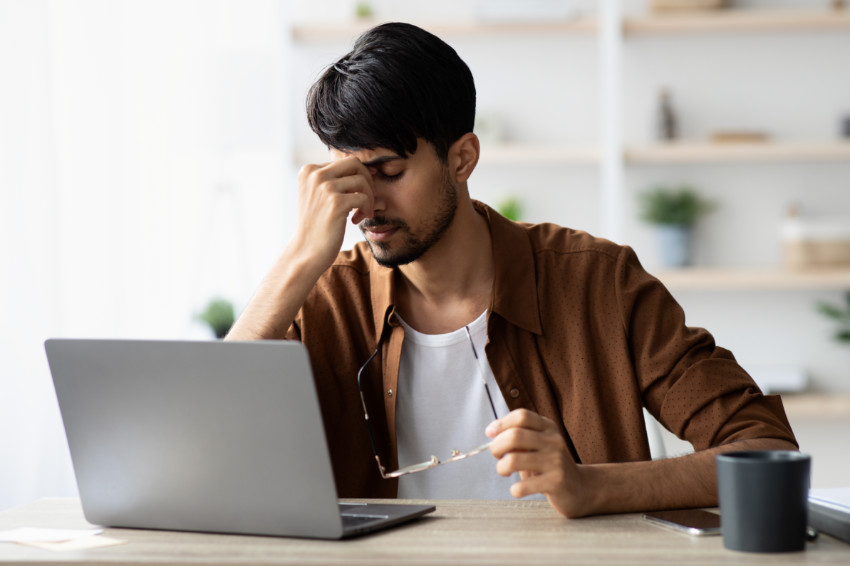 You should always handle unhappy clients on the defensive. They may be heated which often leads people to say harsh things, so it’s your priority to just bob and weave. Don’t go for the punch.

I’m not suggesting you should always let clients walk all over you, but you’d have to be truly disrespected to initiate an attack, which is an absolute last resort. Even then, you’re better off ending the meeting as elegantly as you can to prevent further issues.

Emotional intelligence is key here. If you notice a client is particularly angry, just let them talk. Let them get it all out, listen carefully, and treat them with patience and respect. You’d be surprised how often you can completely disarm them with politeness. 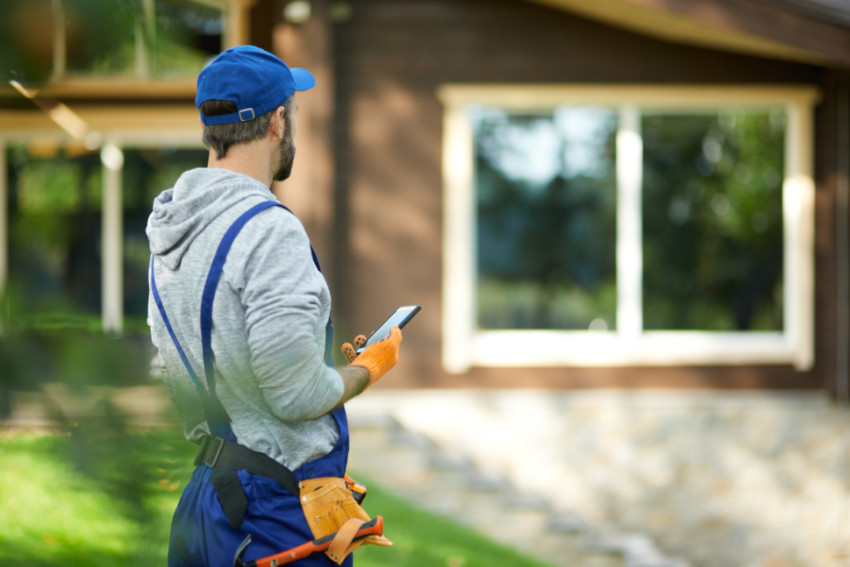 Going the extra mile is always a nice way to repay a client’s trust in you. If you managed to get a second chance to prove yourself, then add a little something extra. A discount or a small but thoughtful gift goes a long way.

Hire someone to handle these situations 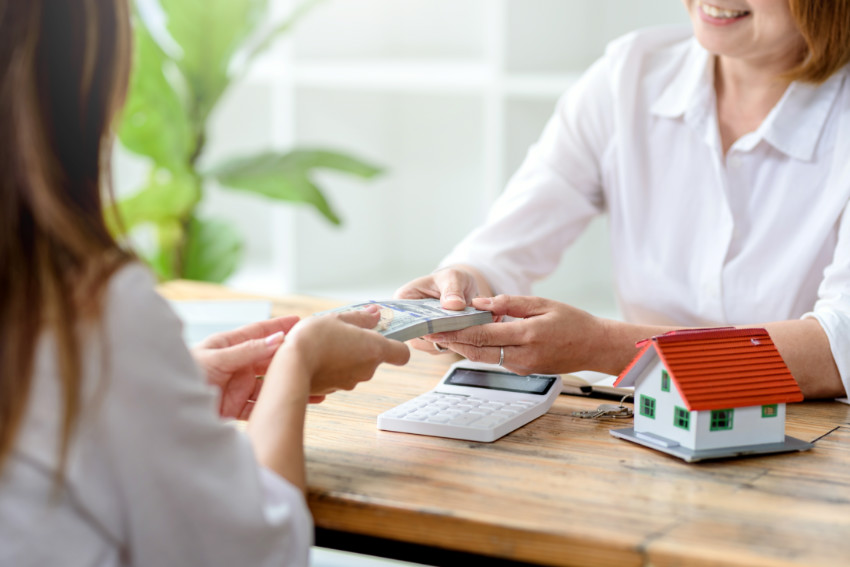 As mentioned before, it can be incredibly useful to hire someone to make first contact when handling unhappy clients. They don’t always have to be ones to solve the issue, but just having one person to get ahead helps a whole lot.

First, if you meet the client yourself afterward, they will likely already be calmer. You already know why they’re unhappy and you had time to think of a solution, so you’re there to act.

And second, having this bridge saves you a lot of energy. Most contractors are at the forefront of their business and they’re often the one person handling everything. That’s stressful and makes dealing with situations like this more complicated – it’s hard to not step on eggs when you’re already on edge! 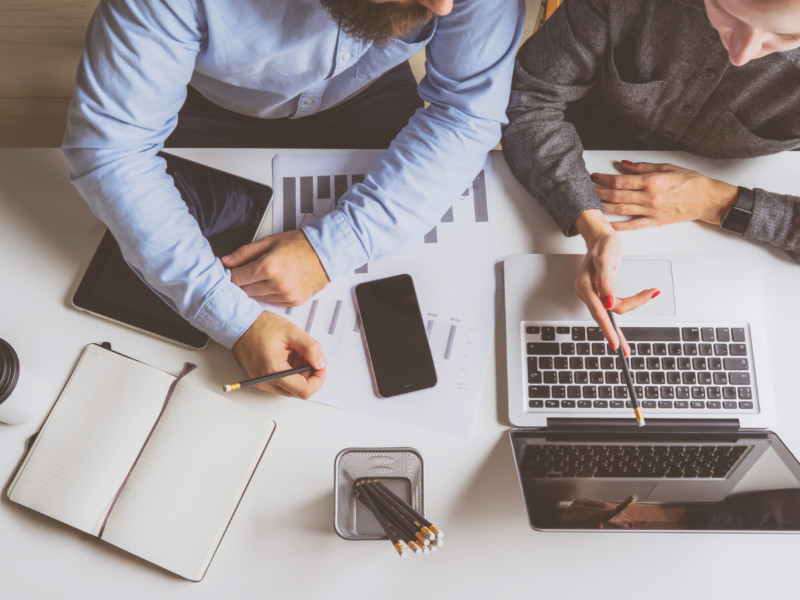 How To Have a Functional Digital Workspace For Free 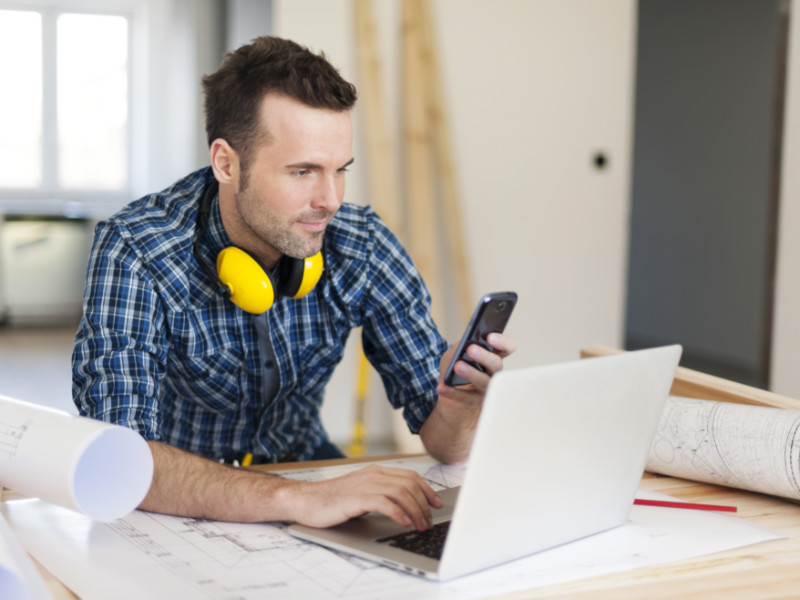 How To Leave a Better First Impression 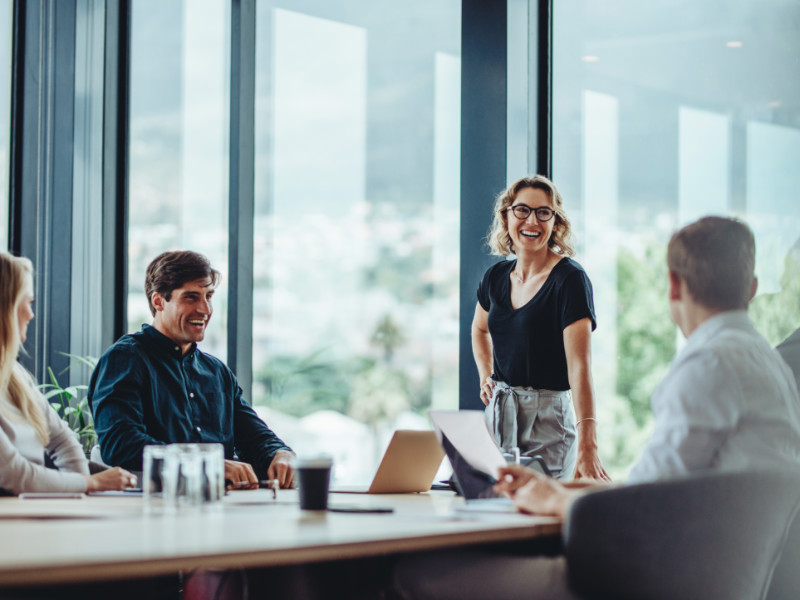 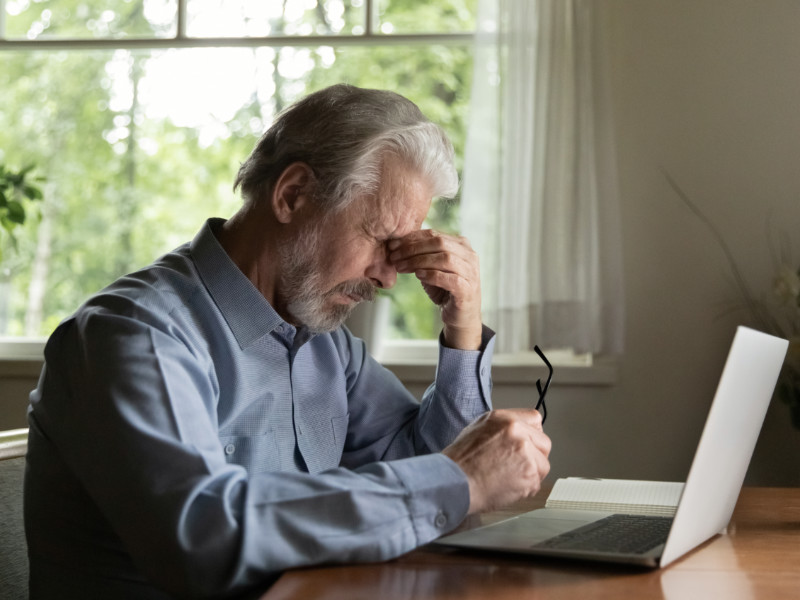 How To Recover From Burnout 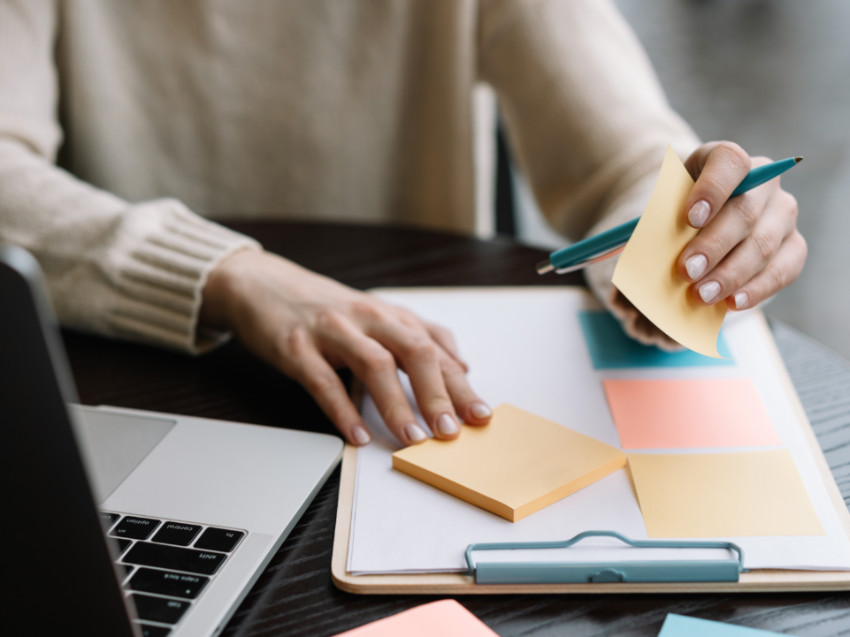 5 Important Productivity Tips That Will Actually Help You 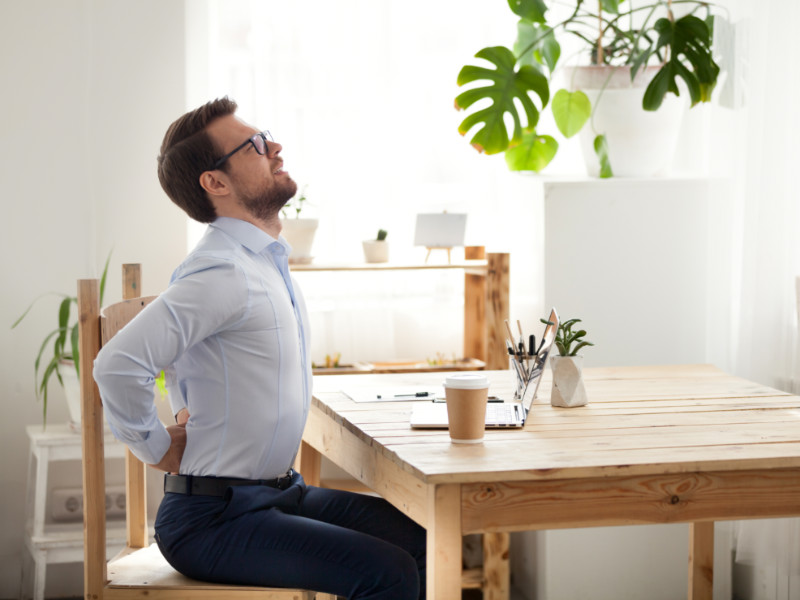