9 Useful Life Hacks You Should Know By Now

Today I wanted to show off some life hacks I personally use that are actually useful - with pics for proof!

Today I wanted to show off some life hacks I personally use that are actually useful - with pictures for proof!

If you’ve been to the internet anytime recently, you know there are more life-hack posts out there than there are mean comments on YouTube, but I’m not here to give you anything complicated - I’m a very practical person and I like things that I can actually use, rather than make my day harder. So here are some that I use quite often since I learned them!

Use coins to open stubborn packings​

Once in awhile, we find ourselves struggling to open these maliciously-designed packings. I swear there was this one time I stayed hungry because I couldn’t open it. However, these packages can be foiled easily with a pair of coins. I tried it on an impossible-to-open pack of cookies I had and it worked!

I'm surprised more people don't know about this - and honestly, I learned it only a few months ago as well. Why don’t they teach this in school? First, they make us deal with milk in a paper envelope for DECADES and when they finally fix that, no one bothers to explain how to properly use it.

To avoid your milk from exploding into your table, you should always pour it like this:

This way there’s enough air entering the box to avoid that “gushing out” we all hate. An alternative method that has the same result is punching a small opening on the opposite side using a sharpened pencil. Just a tiny opening though, enough for the air to flow through - but I don’t really recommend this because, after all, it’s an unnecessary opening on the box.

I've been using this hack for the past two years and it makes me feel like a genius when I explain it to people and see their dumbfounded expressions - even though I just learned it from the internet.

First, tie the cord around your index and pinky in an 8 formation, like this:

Until you reach this point:

Then, use the remaining one inch of cord to wrap around the middle. 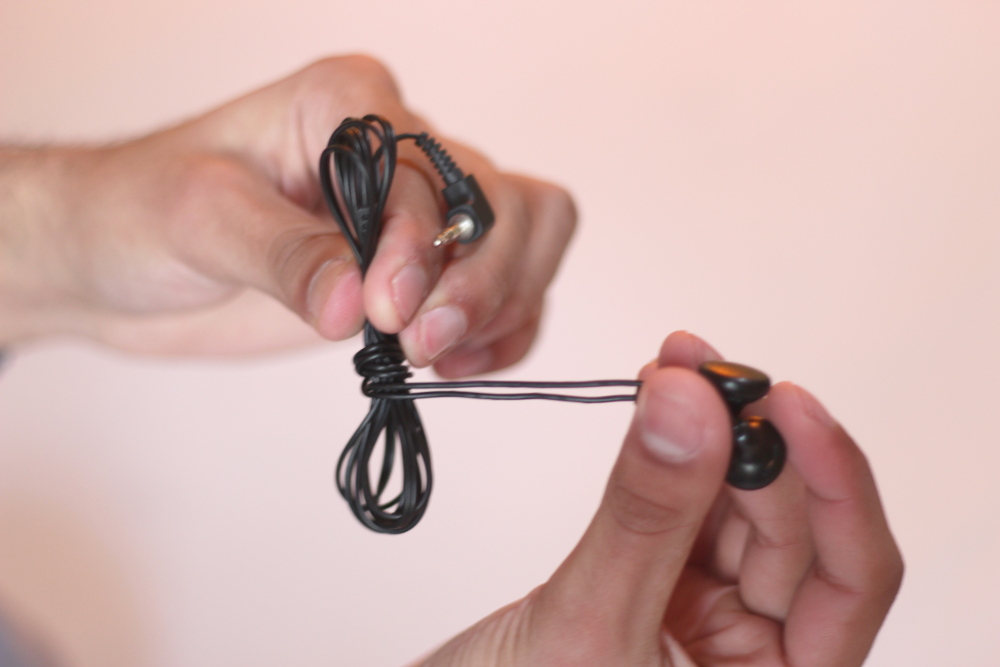 And voila. Put it anywhere you want, and to untie, just pull from both ends and it will unravel naturally, with no knots.

Bite your lips to avoid sneezing

I’ll spare you from seeing me do this (unless you want to see the least sexy any man has ever looked), so here’s a picture of the master herself:

However, use this one in moderation. Sneezing is a natural process and normally you shouldn’t fight it, so use this technique only to avoid embarrassment in public places. Otherwise, just sneeze as loud as you can - which is the healthiest way.

Laugh all you want, but you know this is necessary. All you need to do is lay two sheets of toilet paper on the water before ~doing the thing~ and you’re safe from butt splash. But you can also do this in situations where you don’t want to make noise - in case you’re visiting your partner’s relatives and the bathroom is a little too close to the kitchen, for example.

Use old newspapers to shave in the sink

​My girlfriend is particularly happy I found this one. But it works just fine for men who live alone or with their mothers too, because you don’t make a mess and it’s easy to get rid of. No more excuses for making a mess now.

Maybe not the most stellar sound quality, but I’d it boosts up the volume in at least 25%, which is more than enough to leave it playing while you’re doing chores or taking a shower. You can also use a cup, but I found that a bowl like this is a little better for extra volume and sound quality.

BONUS TIP: If you’re a heavy sleeper, put your cellphone inside a cup when you go to sleep. It’s harder to snooze it and you get a free heart-attack to kick start the day.

Clean your keyboard with used post-its

This is a great way of using post-its one last time before throwing them away - and it really works. Just pass it through the keys to get rid of accumulated dirt. If you use post-its regularly, you can do this almost every day.

Write letters over text instead of striking through

For some reason, this technique makes it so confusing for the brain that even looking closely you can’t see what was written. I will try that next time I have an unpopular opinion I wrote on a piece of paper for no reason whatsoever.

There you go! I hoped you liked these tips and make good use of them. Also, share this with your friends on Facebook, I bet they could use it too! Don’t forget to tell us about your favorite life hacks in the comment section!