10 Habits That Will Keep Your Home Always Clean and Organized

Keeping a home clean isn’t just a single effort, it’s an ongoing habit that when turned into a routine, makes it so much easier to keep things neat and tidy.

The process of keeping a home clean doesn’t involve a single task – it’s an ongoing effort that basically never stops. A lot of people struggle with this since you can’t just focus on it one day and be done, you actually have to set up a routine, and falling off of that can turn a house messy pretty fast.

This is why cleaning is more efficient when it becomes a habit. You go through your day and the process of keeping things neat is second nature to you, not something you have to constantly remind yourself of.

And that can be strange at first, but it only takes a clear mindset and a few days to start seeing the difference!

“Life is really simple, but we insist on making it complicated. – Confucius Motivational speakers love to bring this one up as a game changer, and as much as I hate to admit, they’re pretty much spot on. Making your bed is a psychological trick that works wonders for keeping you calm and positive throughout the day, but it also has the obvious immediate benefit of instantly making your room look neat.

A lot of people brush this off – I certainly did for the longest time – but it really pays dividends.

2. Instantly clean after yourself Cleaning after yourself applies to everything you do around the house. It’s tempting to let something in a corner and think “eh, I’ll clean it later! You’re not expecting visitors anyway, so who cares?

But apply this flawed logic to other tasks like cooking and laundry and you’ll have yourself a house turned upside down in a couple of days. People who keep their homes clean tend to not leave small things for later and always put everything back in their place as soon as they’re done using them. The benefit of organizing the pantry isn’t just for quickly finding what you need – which is always great – but also for being able to know at a glance what your home needs. You’ll always know what needs to be added to your grocery list right away and what should be consumed soon to avoid going bad, since it’s always clear what you have in stock. Unless you’re Monica from Friends, you don’t find cleaning fun. Almost no one does. Even people who are considered “cleaning freaks tend to clean because they have to, not because they find it entertaining.

So why let it be a drag? Put some of your favorite music on and sing along for a few minutes. If you’re focusing on a single area, put up a podcast to play or set up Friends episodes or an old comedy in the background to have a laugh every now and then. Some people will even go as far as to put up a show they’re currently addicted to and watch a few episodes while cleaning, which also works.

Personally, I like to listen to some Youtube videos on my phone and it keeps me entertained while doing chores!

If you really can’t be bothered or don’t have the time or patience to clean, then contact a local house cleaning company and request a price quote. Set up a weekly cleaning or monthly deep clean schedule and you won’t have to worry about it anymore! Shoes almost seem like they wander the house by their own free will at times. One shoe is by the door, the other is nowhere to be seen. You find a pair of shoes near the kitchen with no idea why anyone would drop them there. Two weeks later you find that other missing shoe under the couch for some reason.

This wouldn’t be so bad but shoes – being the part of you that touches the floor all the time – brings dirt, sand, tiny rocks, grass, and even germs inside the house. Try to have a proper place for shoes by the door so that everyone creates a habit to leave them there. Sweeping regularly is always a good idea, but vacuuming should not be underrated. In many ways it’s more effective for removing dust particles and pet fur, it’s faster, and doesn’t lift as many particles while working, therefore making it less of a pain for people with respiratory problems. Probably the biggest tip to take away from this list is to create your own routine. You can look one up online, but don’t be afraid to make one for yourself. You know your limits and your schedule better than anyone, so create a cleaning routine that gets things done without being overwhelming for you. High-touch surfaces should be cleaned regularly with alcohol for sanitary purposes. Things and places like:

This is even more important now with the pandemic, because even if you’re social distancing as much as possible, someone always has to go to the market at some point.

9. Avoid having a messy drawer The messy drawer is that one cameo featured in every single house, no matter how organized. It’s everyone’s little secret – that one drawer that makes no sense and just houses whatever you can’t find the place for.

While this is certainly not a big deal, it’s a habit worth breaking. There’s no reason for a messy drawer to exist other than to confuse you and make you lose stuff that could be in their proper place. A solution is to always have your drawers organized with little separators, making it harder to throw anything in there and force you to only use it for specific items.

I know it's hard to break out of this habit, but trust me, it’s much more satisfying (and time-saving) to already know exactly where something is when you need it.

10. Get rid of unnecessary stuff Yep, we couldn’t finish this list without mentioning the KonMari method, but you probably already know how it works. This goes for clothing, tools, appliances, pots and pans – anything you have stored for more than 3 months without using is probably an easy thing to let go of.

As someone who’s moved from apartments to houses and back again about five times in the past few years and had to carry endless boxes of things I didn’t even use… I can say with confidence the day I took to actually get rid of all the unnecessary stuff I had was liberating.

And obviously, you don’t have to just throw it all away. A lot of things you can donate to people or institutions who need it, so nothing goes to waste!

This not only makes moving much easier, but also saves you time when looking for something to use and wastes less space in your house (and less things to organize!)

Looking to deep clean your home this season? Get free quotes from a house cleaning company in your area today! 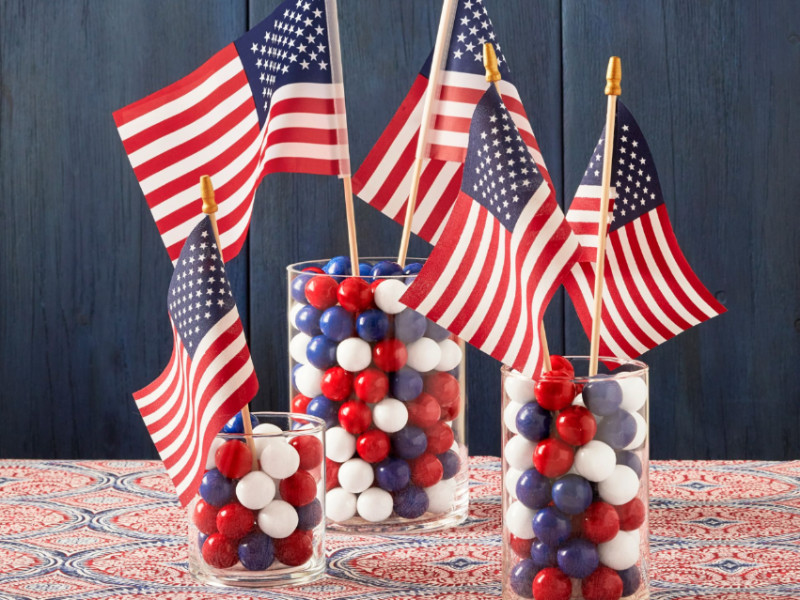 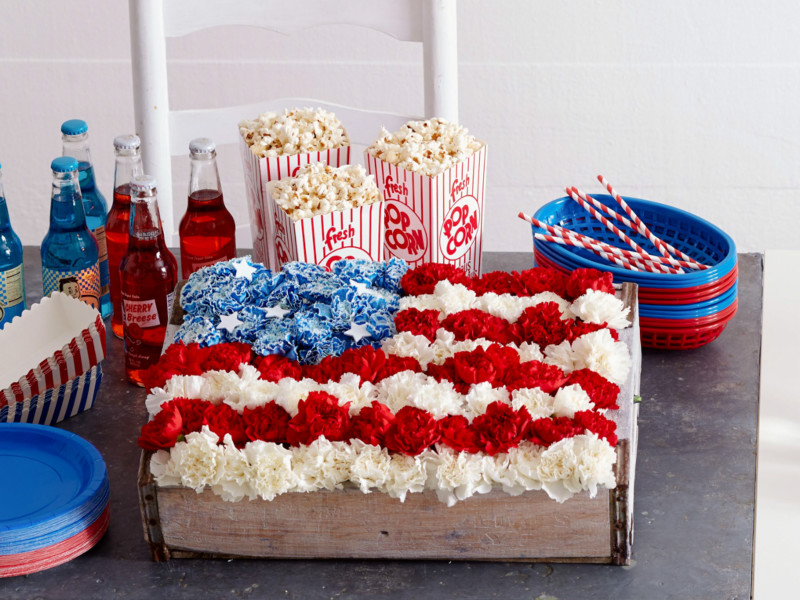 10 Creative 4th of July Ideas for Your Holiday Party 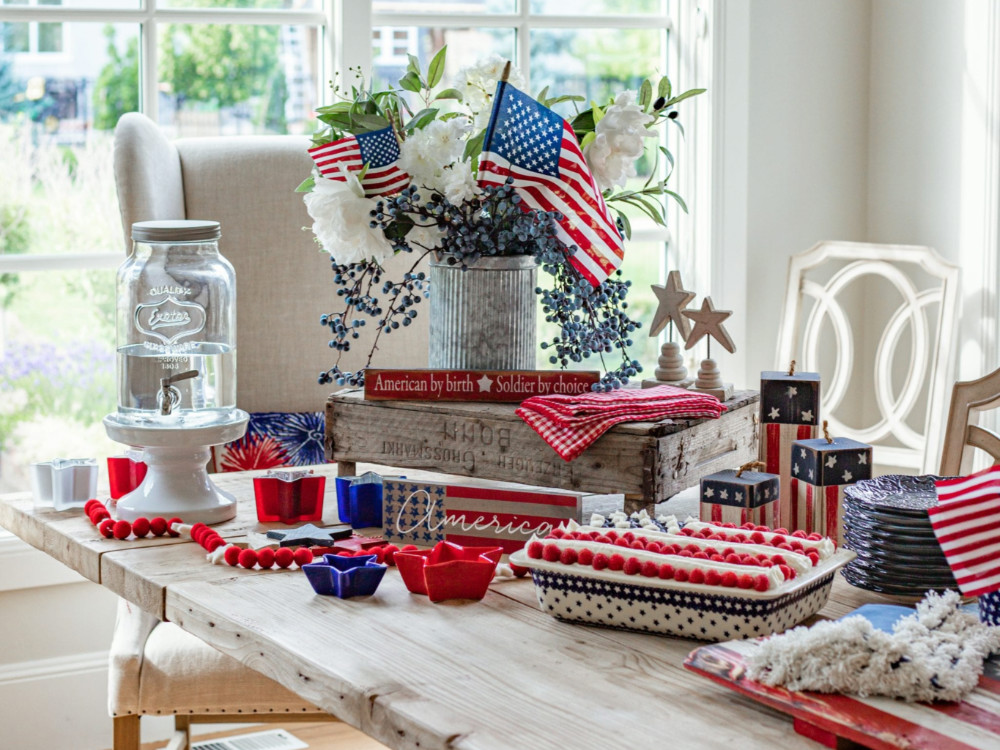